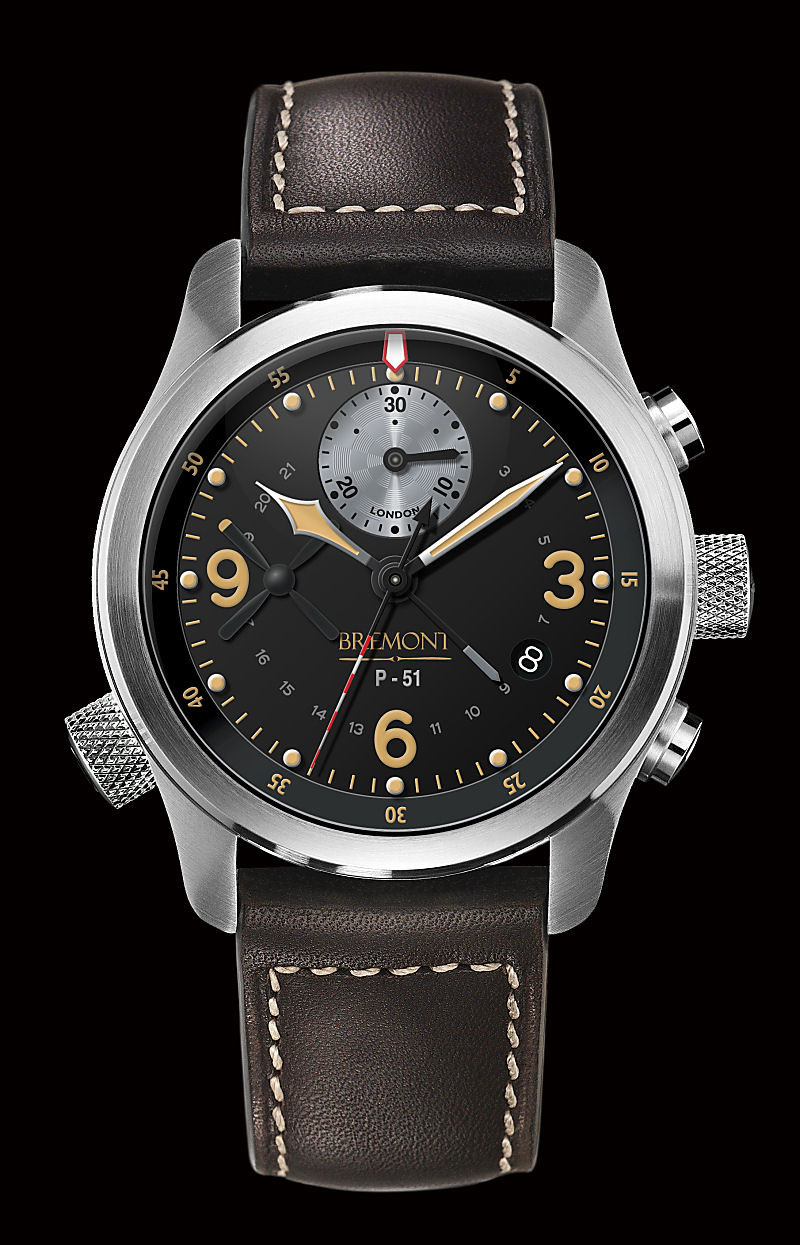 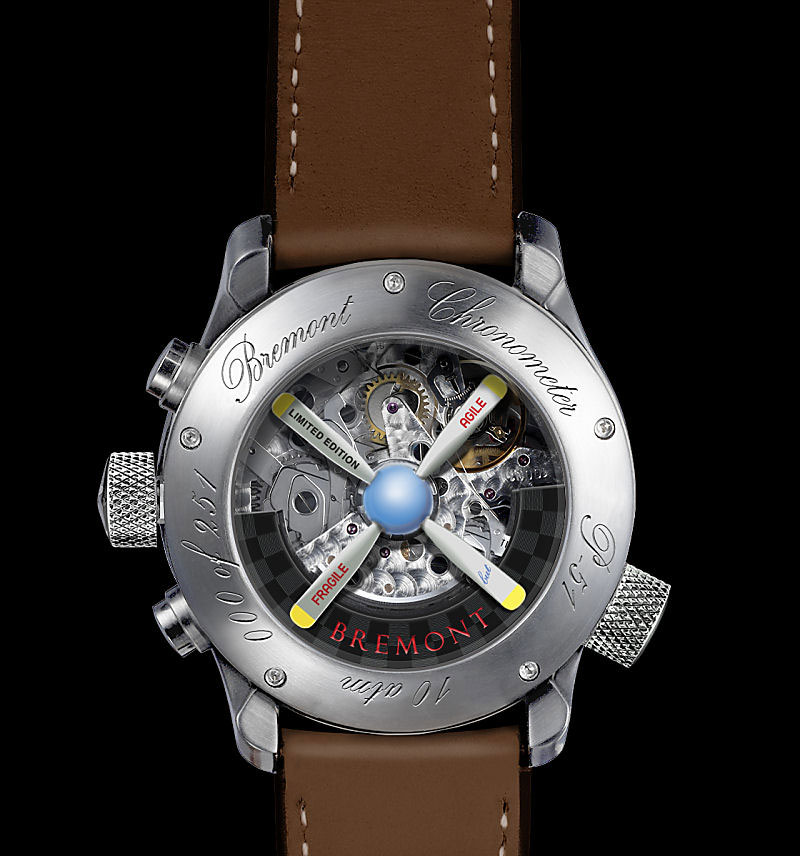 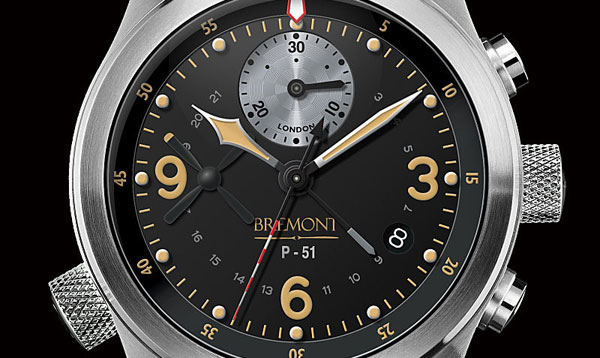 The limited edition Bremont P-51 builds on the interest generated by the very special EP120 Limited Edition. The P-51 is a chronograph chronometer built with original parts from the famous 1944 Mustang WWII aircraft P-51K-10. A veteran of the Pacific war, it was also known as ‘Fragile but Agile’. The signature Bremont hardened case and sapphire ensure the term doesn't apply to the watch itself.

The dial is inspired by the clocks found in the P-51 aircraft. The 43mm hardened steel Trip-Tick case uses Bremont’s B-EBE2000 technology, a stage in the case production process where the metal is bombarded with electrons, increasing the hardness by a factor of nine compared with normal stainless steel used in watch cases. The case also integrates the new rotating ‘Roto-Click’ inner bezel that houses four ball-bearings inside the case. As with many of Bremont’s latest watch designs, the P-51 is assembled the company’s atelier in England rather than their workshop in Biel-Bienne in Switzerland, and houses a modified Swiss BE-54A automatic chronometer movement that also shows UTC time.

P-51K-10 (serial number 44-12016) rolled off the North American Aviation assembly line in Dallas, Texas, on December 18, 1944 and was sent to the Far East to take part in the American campaign to retake the Philippine Islands from the Japanese. On arrival in the Pacific Theater, the aircraft was assigned to the 342nd Fighter Squadron of the 348th Fighter Group, stationed at the San Marcelino airbase, just north of Manila Bay. Lt. Bert Lee Jr. was assigned to fly the aircraft and was credited with two confirmed victories during the war, which accounts for the two Japanese flags painted below his name on the plane. One was a Japanese A6M “Zero” fighter near Manila and the other a twin-engine “Betty” bomber.

Lee and his Mustang both survived the war. Following its time in the US Air Force, ‘Fragile but Agile’ served both the Swedish and Israeli military before eventually being restored by pilot and collector Stephen Grey and The Fighter Collection based at Duxford in the UK. In 2009 the Mustang was acquired by another collector and good friend of Stephen’s – Dan Friedkin, based in Houston, Texas.

CERTIFICATION
Every watch case and movement is engraved with its Bremont serial number and is accompanied by its C.O.S.C certification.