Around the 3:45 mark. He mentions that winding the movement by the crown on ETA, SELLITA, etc.

Do not wind over 100 revolutions in sixty seconds. The maximum should be wound for twenty-five seconds. Too fast, too long is bad for the movement gears from the heat it generates. This could wear out the gears/wheel called the ratchet winding wheel.

for posting this one up, Mike.

I wind all my Eta and Sellita movements 10 - 12 times and let my wrist do the rest.

I've been winding them around 40 times (which takes like 15 to 20 seconds) off the wrist forever and have never had any issue except for SW200. I find it a little odd that he only mentioned "SWISS" movements.

The damn Swiss must have a congenital fatal flaw. Hail Miyota!

If something is that fragile I want to find out while it's under warranty, not after.

I guess that means you are $hiT out of luck if you own a manual hand wound trinket. Those can't be wound on the wrist. 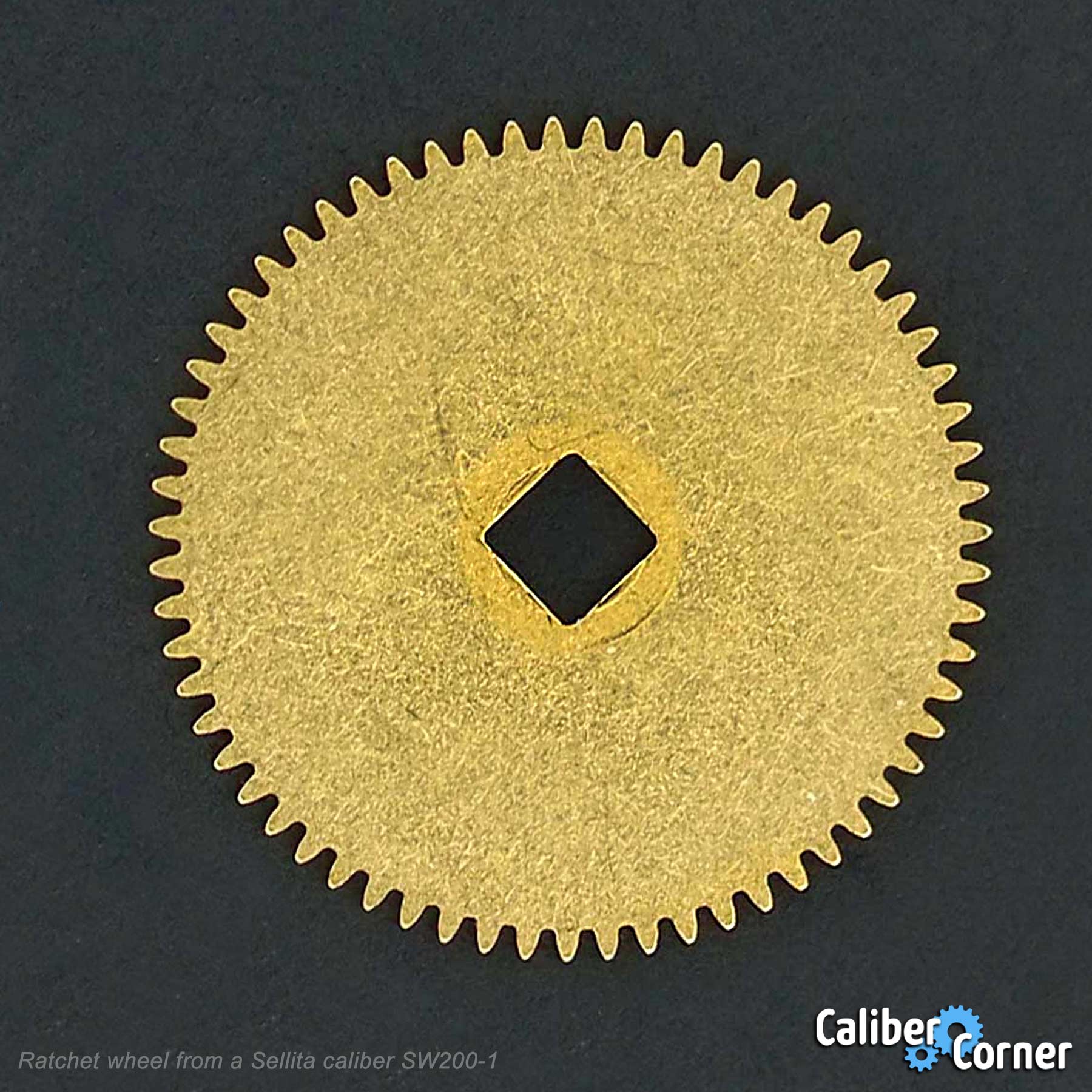 On a mechanical movement, the ratchet wheel is located above the mainspring barrel. This wheel is attached to the barrel’s arbor via a single screw. It is responsible for transferring energy to wind/coil the mainspring. The energy is stored (power reserve) and released (time keeping). The stored... Should you buy an automatic watch or a manual wind (hand-wound) watch? Let's compare Manual Wind Watches VS Automatic Watches and Find out Which is Best!

On self-winding (automatic) watches, a rotor is attached to the watches movement so that when you move your wrist, the rotor spins and winds the watch back up again by tightening the mainspring. A hand-wound watch has no rotor and therefore needs to be wound by hand in order for it to work. 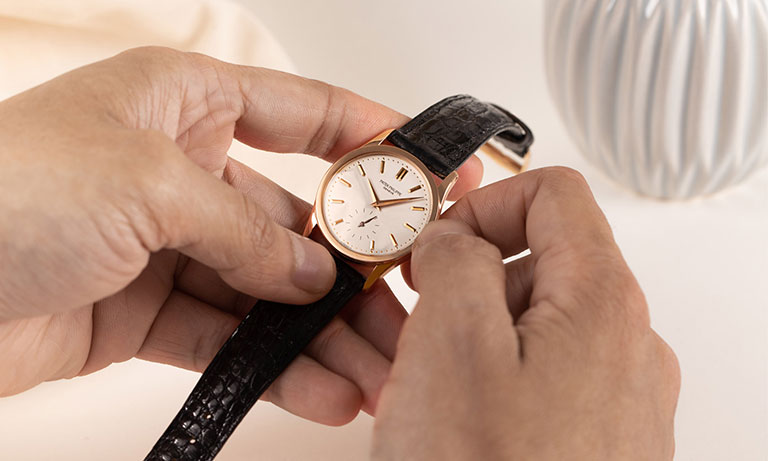 How do watches with a manual winding work?

For many people, winding a mechanical watch is something special. See here what happens inside a hand-wound watch and what distinguishes it from a self-winding model.

Well, in this quick guide, I’ll be running through each of the main parts of a mechanical watch movement; to give you a basic understanding of how a wristwatch works.

roadwarrior said:
I've been winding them around 40 times (which takes like 15 to 20 seconds) off the wrist forever and have never had any issue except for SW200. I find it a little odd that he only mentioned "SWISS" movements.

The damn Swiss must have a congenital fatal flaw. Hail Miyota!

If something is that fragile I want to find out while it's under warranty, not after.
Click to expand...

Kinda makes ya wonder why some of these Swiss movements get all the glory, doesn't it?

The funny part is that Wing goes out of his way in this video. The RONDA R150 is the newest 2824 clone and new to Aragon. Maybe they told him when they sold him the movements the fragile nature of the R150 first gen. Even when Sellita first launched the SW200 they later came out with the SW200-1.

The gears on the original SW200 are following normal standards, however, Sellita found that each individual tooth has “slim geometry” and have been known to get damaged due to strong shocks to the watch. The new gear design provides power transmission equal to the SW200, but they strengthened the tooth geometry to reduce the risk of damage from strong shock. 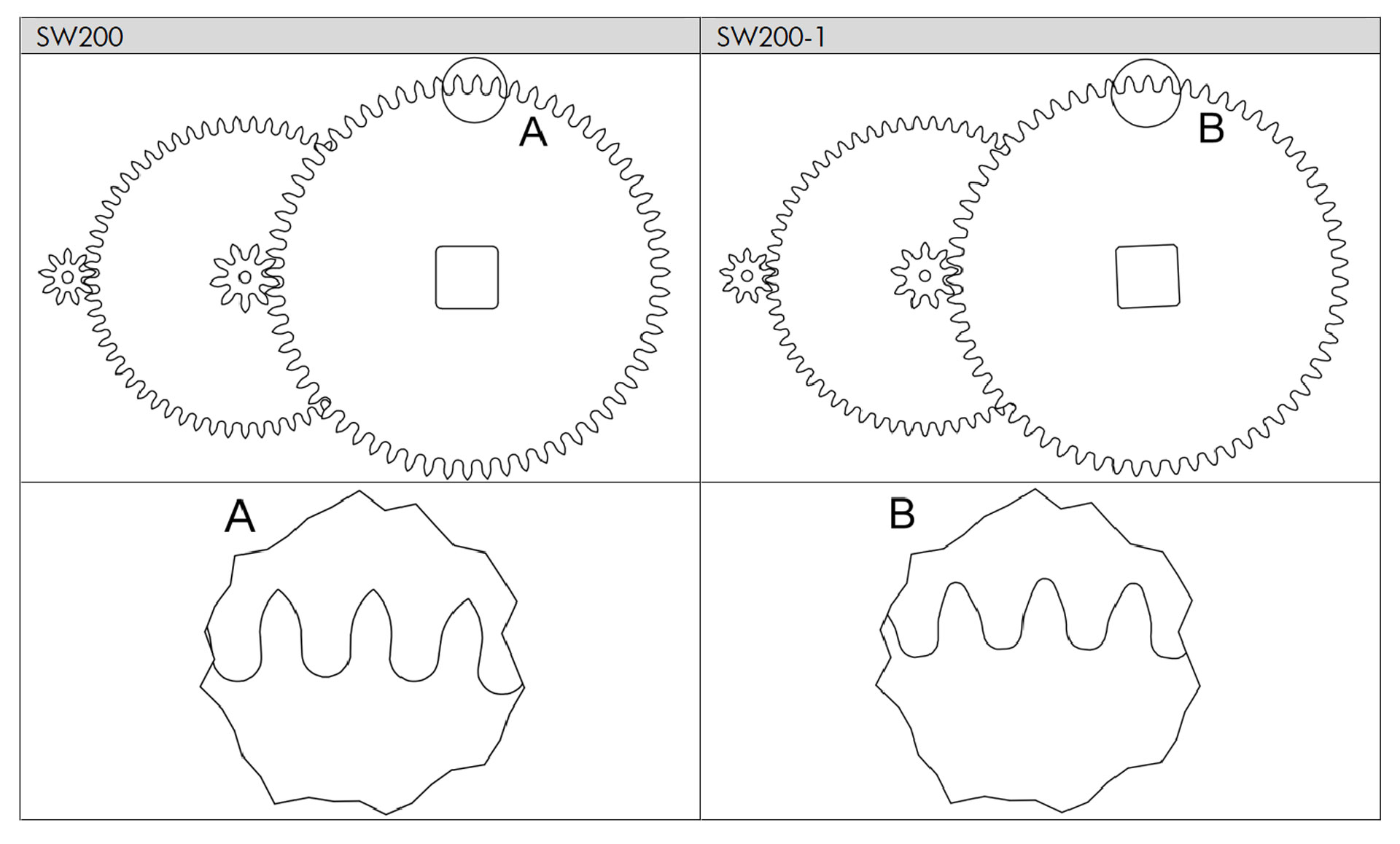 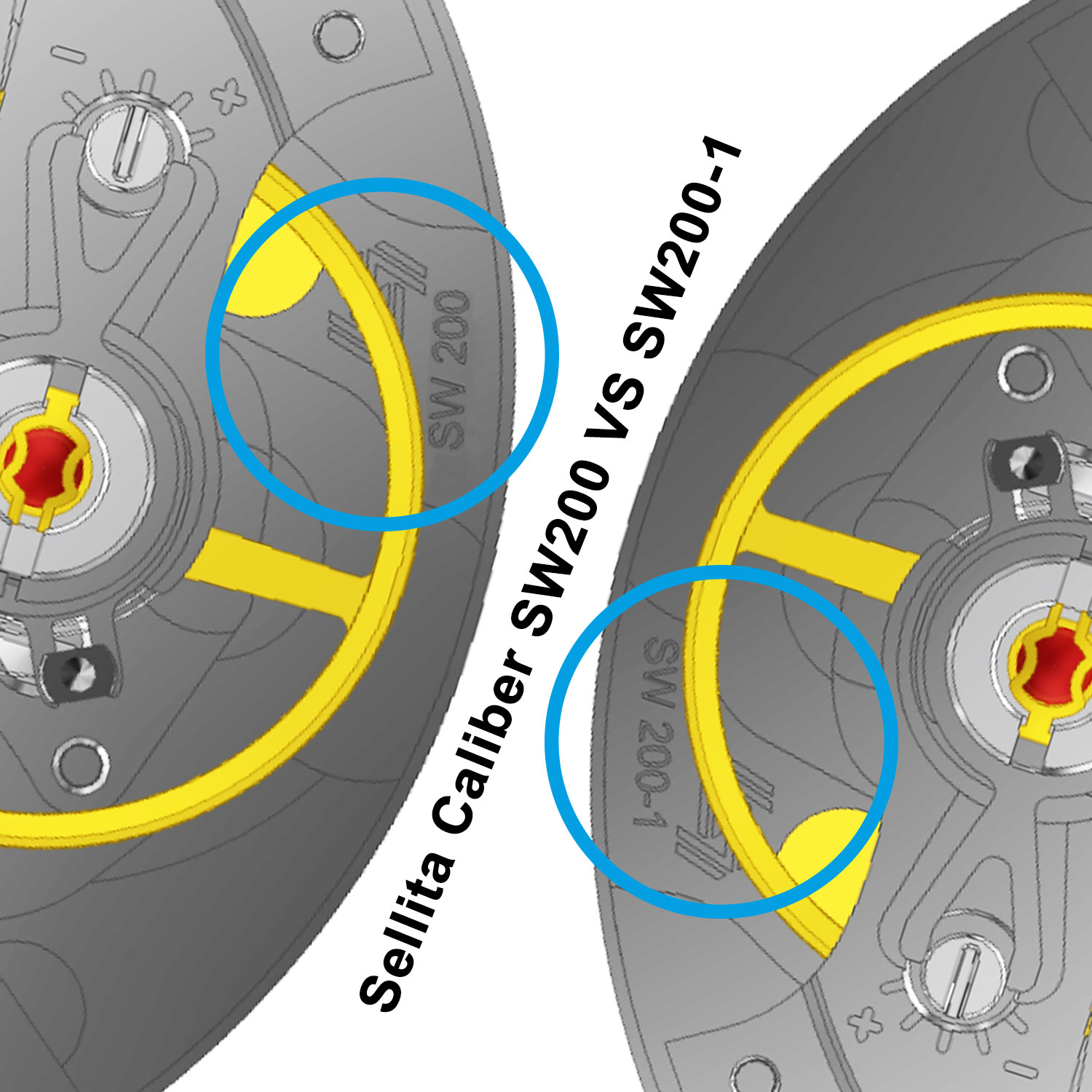 WHICH PARTS WERE CHANGED?​

The changes to the -1 variation include making modifications to the following components of the movement:

According to the documentation, other than the three components pictured above, all other parts of the caliber SW200 are interchangeable with the SW200-1. When performing maintenance or repair, these three components should be changed together to maintain functionality of the gear chain.

The change of version is part of our ongoing improvement strategy to optimize the performance of our calibers. -Sellita
Click to expand...

Despite the evolution and changes from SW200 to SW200-1, the same issues are still being experienced with the teeth being broken off of the ratchet wheels/gears as a result of hand-winding the movement.

Below is a picture of an SW200-1 ratchet wheel found in a microbrand watch that was produced in 2019. 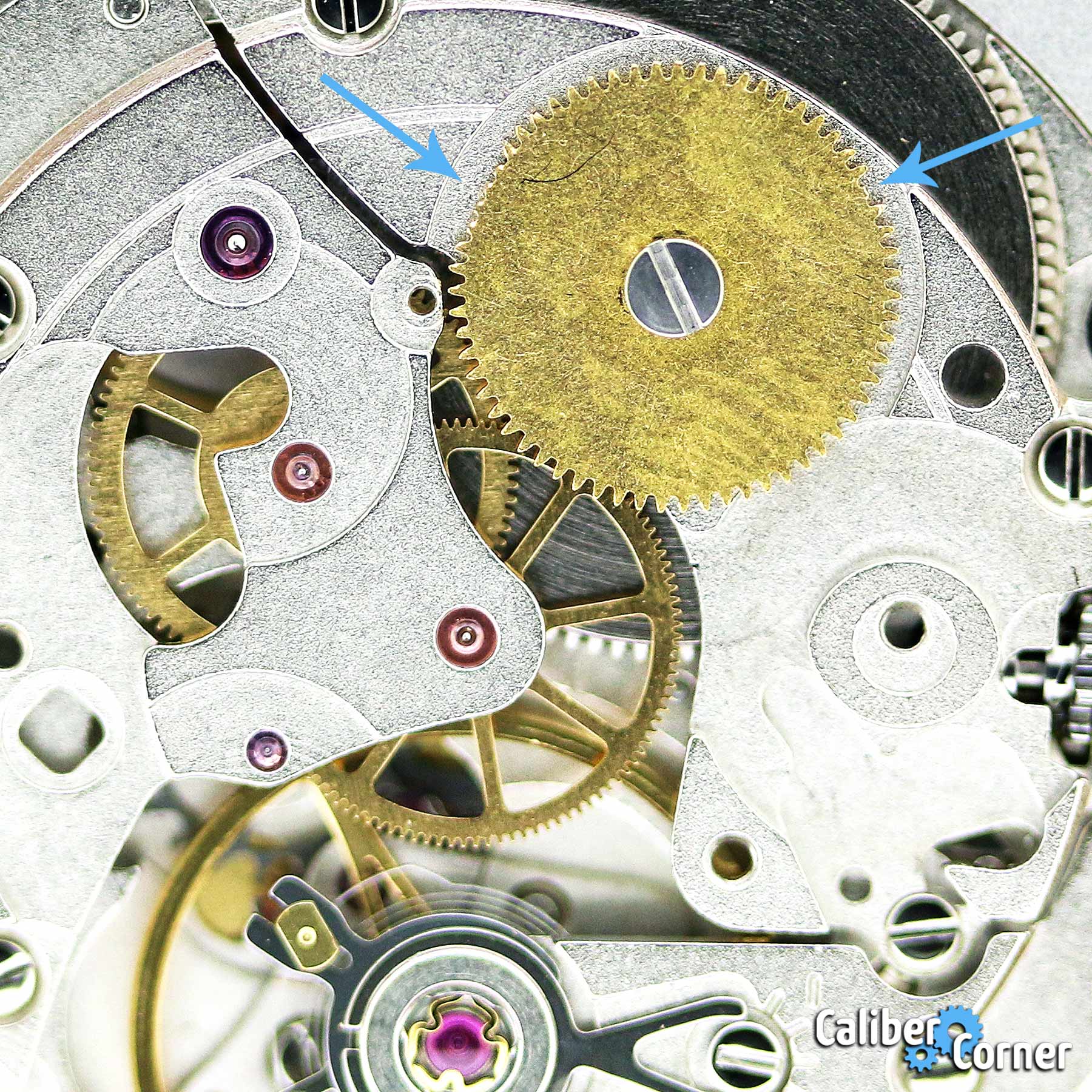 The wheel on the left was the damaged part that came in the watch. The wheel to the right was the new part ordered for the repair. 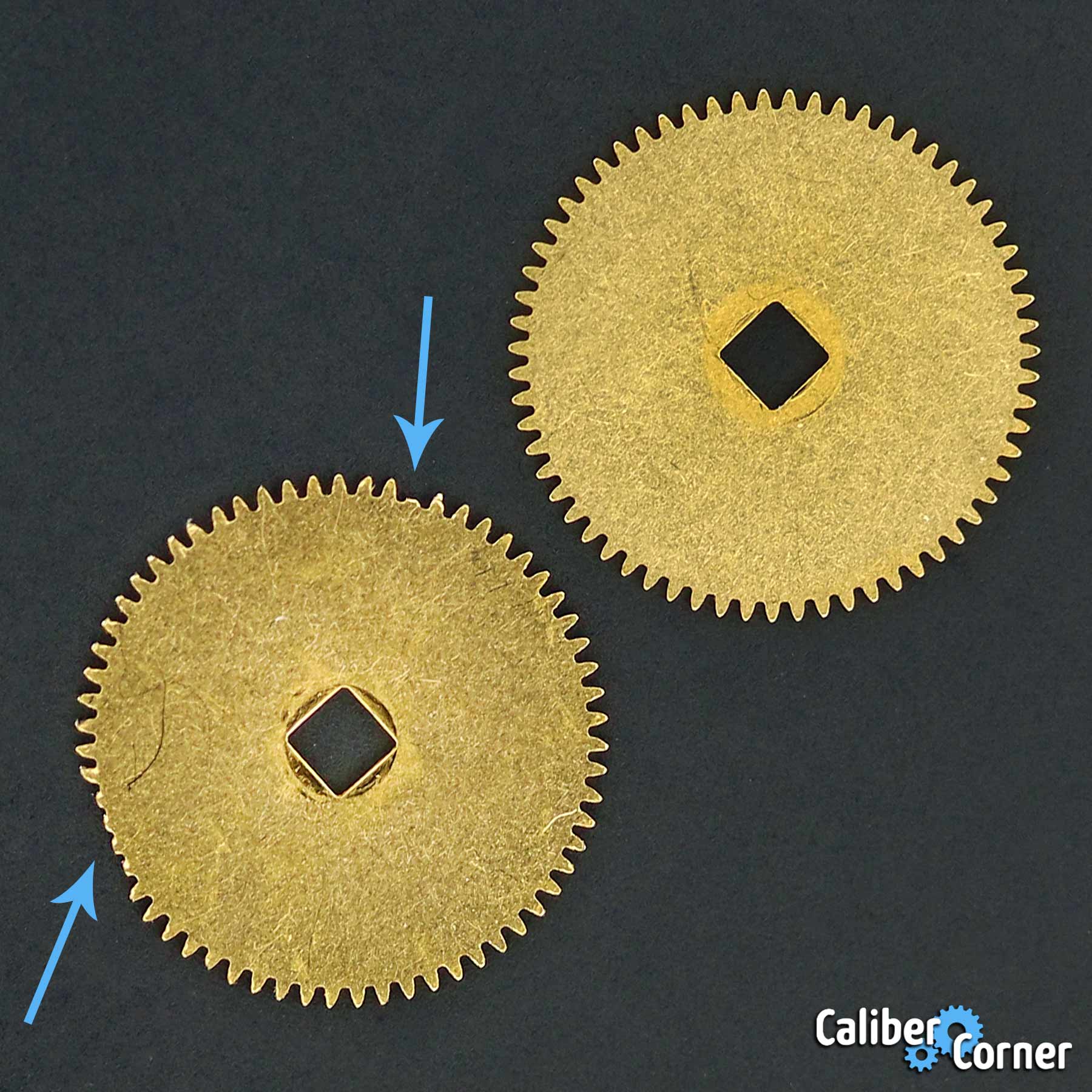 To remedy this issue, you will need a new ratchet wheel. This is what an original and authentic part #415 looks like from Sellita. 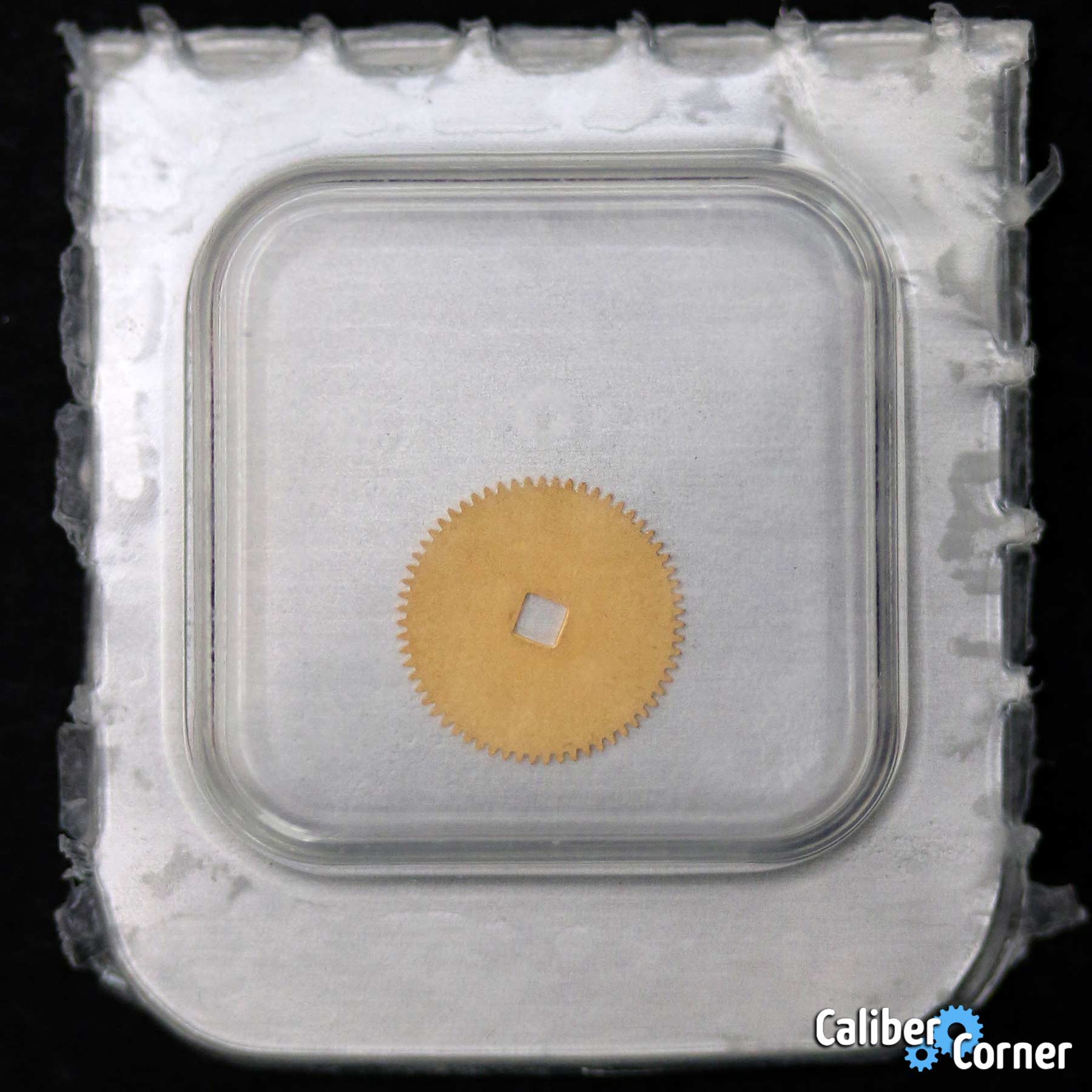 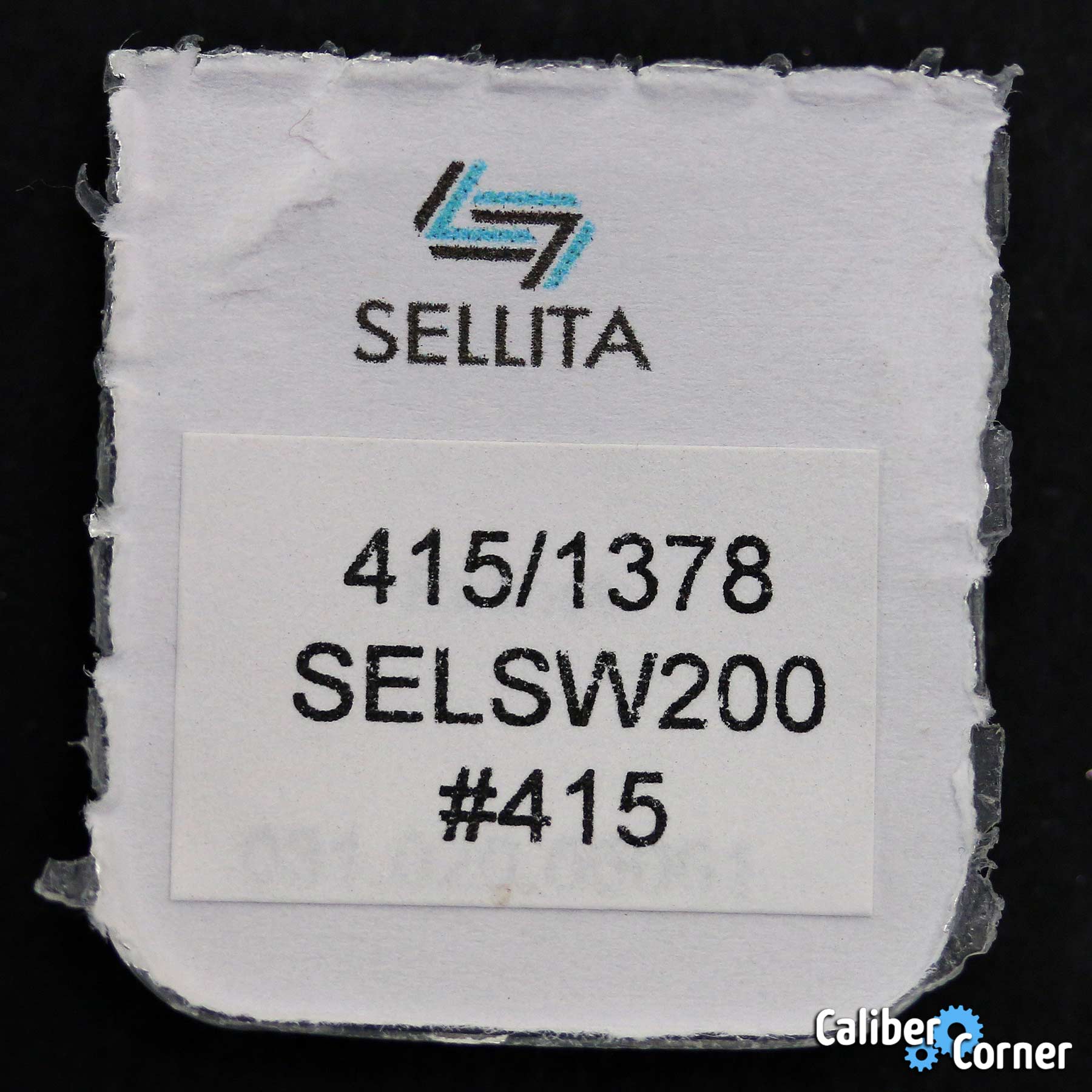 Comment below if you have experienced this issue in your watch. Please be as specific as possible: brand, how often you hand wind, when the teeth became damaged, etc.

Aragon needs to reinvent itself

I thought that is what was supposed to happen when Android became Aragon? We can see how well that went.

Wing used to be on top of his game during the Android days. I think a little of Wing died when Aragon came to fruition.

buzzmartian said:
Wing used to be on top of his game during the Android days. I think a little of Wing died when Aragon came to fruition.
Click to expand...

Wing grabbing a piece of the Swiss mvmt tool pie...

Slop TV seems like a kiss of death for creative juices. Wing started to go downhill before the Google/Sony court case. His stuff started to stagnate. Even DEEP BLUE has become a one trick pony. They have not created anything fresh since the SHOP NBC days. They keep recycling the same old cases with different dial configurations.

It's the new collectors discovering the brand for the first time that helps keep them alive. They could not do it on just the faithful from the past who already have all of their greatest hits.

scantor said:
I would like to see Wing do a new collection. Totally different. I would like to see Carbon fiber, woven dials, stone dials, meteorite, carbon dials, different mop dials besides the 3 classic ones. What happen to his futuristic designs?
Click to expand...

The imaginative artistry brainwave veins must be fogged up. I guess like rust, haze never sleeps Steve. 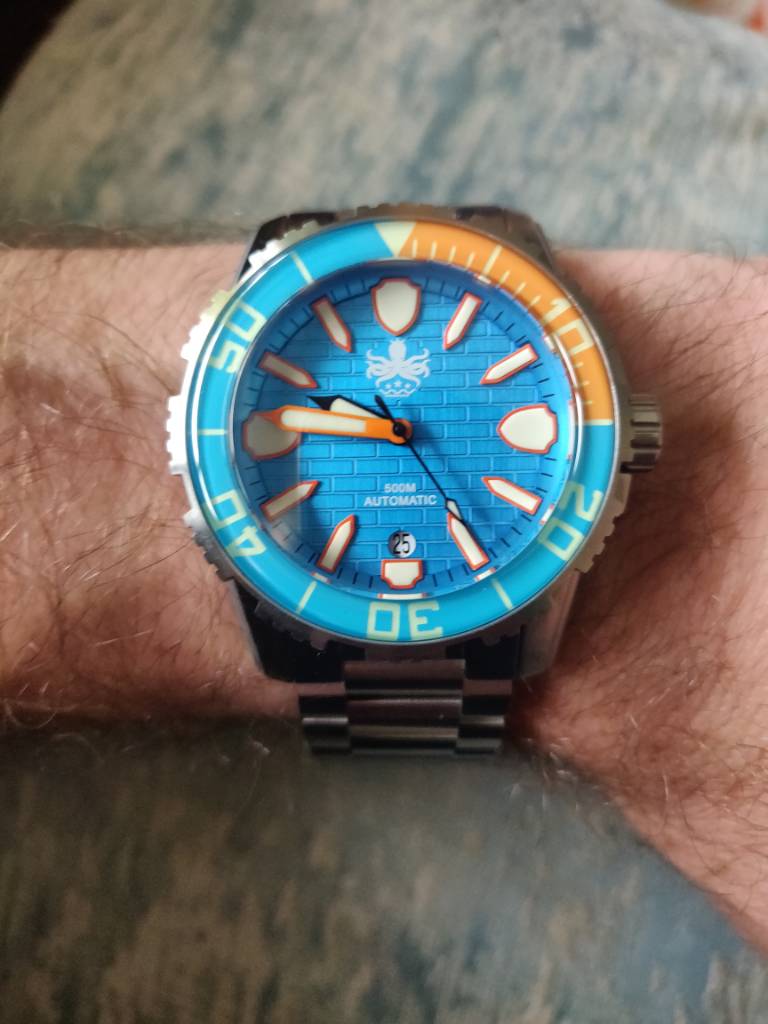 Wing could never do the Great Wall as good as the original Phoibos. That was my first Phoibos which led me to buy a few more. Making either of those watches does nothing for using your own creative chops.