The new edition of the LANGE 1 TIME ZONE, presented in June 2020, combines superior functionality with clear readability. The time and date at home and another of the 24 zone times can be read at a single glance. Ring-shaped day/night indicators assure good legibility, and the new daylight saving time indication is a useful addition. The timepiece is equipped with the newly developed manufacture calibre L141.1. It comes in pink gold with an argenté-colored dial, in white gold with a black dial, and in yellow gold – limited to 100 pieces – with a champagne-colored dial. The case measures 41.9 mm in diameter with a height of 10.9 mm. 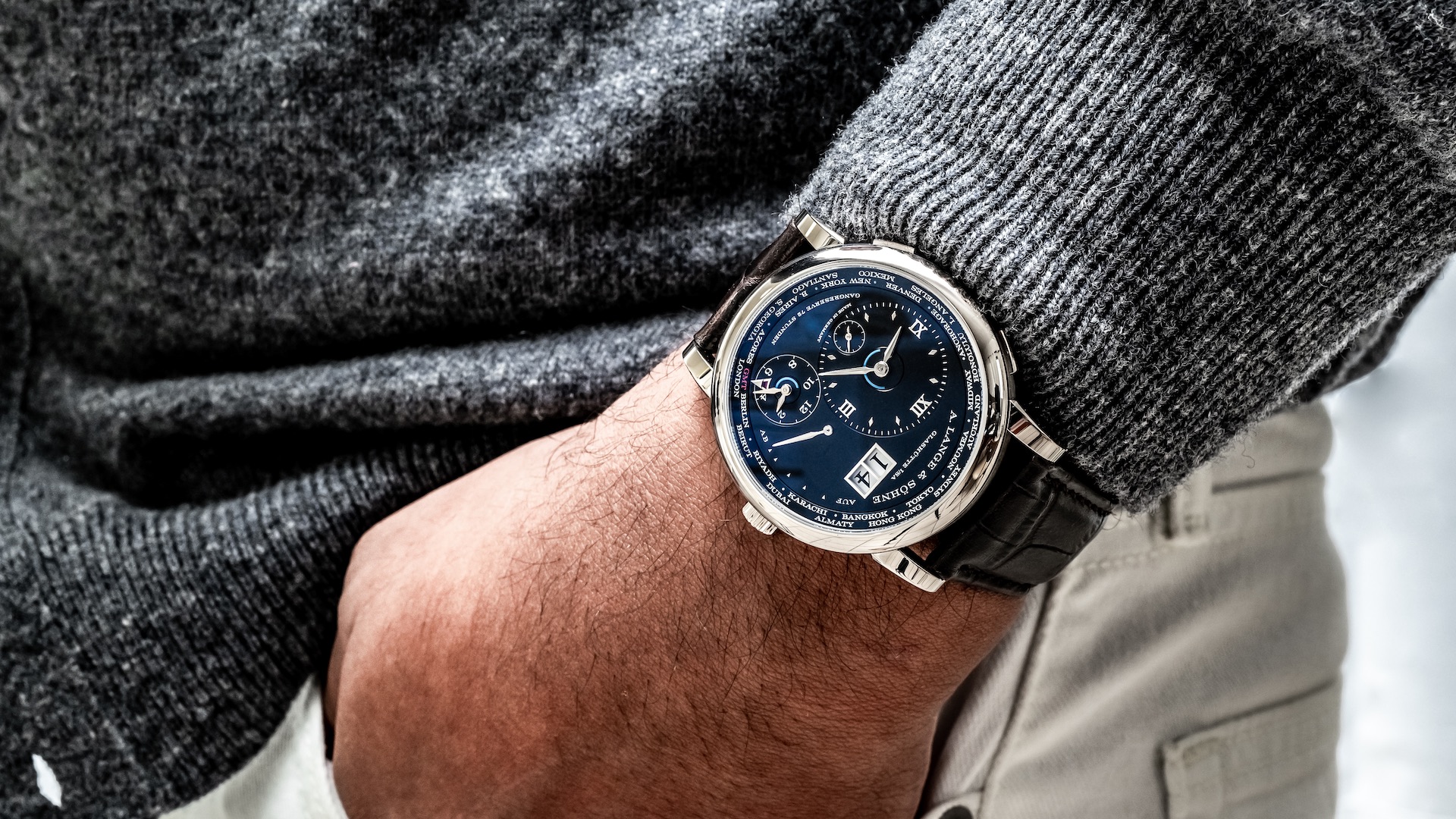 Several years ago, contemporary Brazilian photographer and artist Vik Muniz epigrammatically described why the Lange 1 appealed to him so strongly since its 1994 debut, saying “Since this is one for the rest of my life, I want it to be pretty.”

From the day it was announced on October 24, 1994, the Lange 1 is likely the most recognizable watch in the Glashütte-based A. Lange & Söhne catalog. And for good reason — the prototypical big date display was the first in modern history, and the dial layout was like few others at the time. The collection has grown in scope and reputation since then, with all Lange 1 watches since having used some iteration of the original caliber L901.0 movement, immediately recognizable due to its august three-quarter plate done in German silver. Last month, A. Lange & Söhne updated the collection’s travel watch, the Lange 1 Time Zone, for the third time since its initial 2005 release, and it is set to be the final Lange 1 with an updated version of the L901.0. 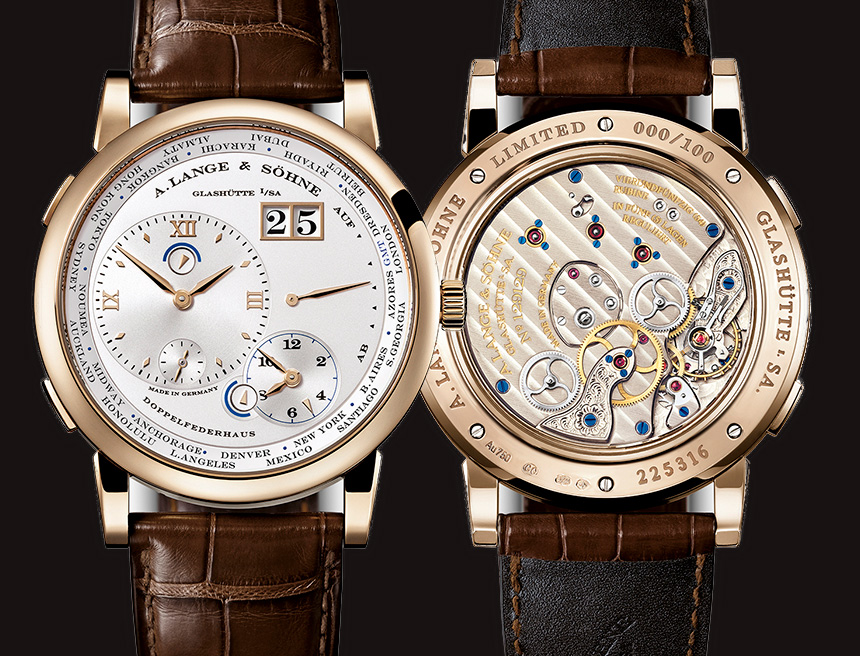 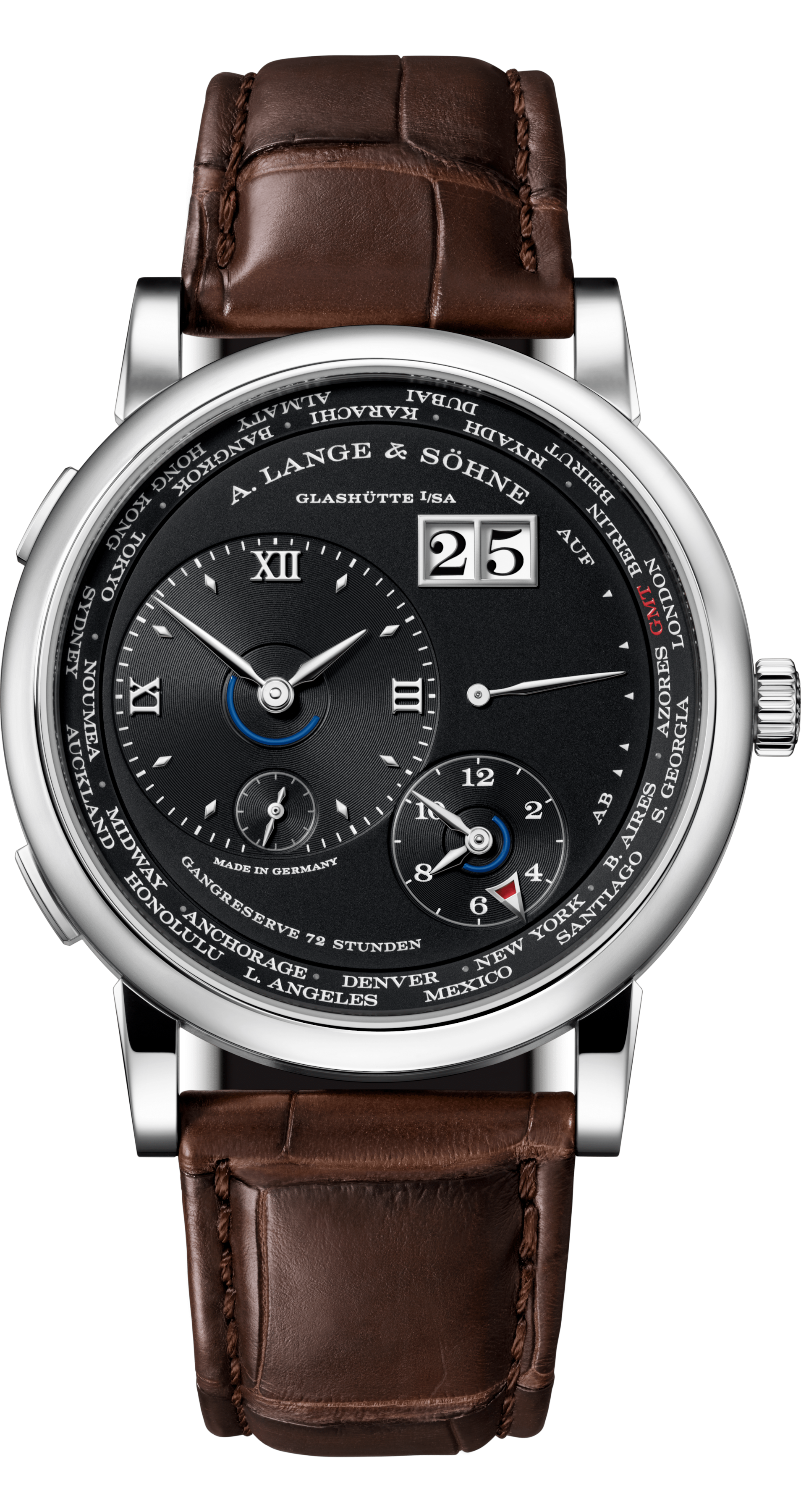 LANGE 1 TIME ZONEWhite gold with dial in black
Reference: 136.029
This model was introduced in 2020. The dial is crafted from solid silver and graced with solid-gold appliques and hour markers. The hands are made of rhodiumed gold.
Price: 48.000 €**Recommended retail price in Germany including VAT. Non-binding quotation, prices subject to change.


LANGE 1 TIME ZONE
A timekeeper for cosmopolites
In the new LANGE 1 TIME ZONE, the day/night indicators for home and zone time have been shifted to the centres of the two time circles. Together with the hour hand, they inform the user whether the time indication applies to the first or second half of the day. The new indication of daylight-saving time in the gold applied arrow marker offers an additional time parameter: if a red segment appears, the selected city implements daylight-saving time. The manufacture calibre L141.1, that assures the precise rate of the watch, is new as well. The LANGE 1 TIME ZONE is available in 18-carat pink or white gold as well as in a limited edition of 100 watches in yellow gold.

The additional “second time zone” function is a particularly popular complication, especially because more and more people travel, work and communicate intercontinentally. Thus, the LANGE 1 TIME ZONE is the perfect companion for frequent travellers and cosmopolites: it shows home time and the time in a second zone at a single glance. Each of the 24 time zones is represented by a city name on the city ring. The city ring and the zone time can be simultaneously advanced in increments, corresponding to an eastbound trip around the world.

The first-hour icon
The LANGE 1 is one of the first four watches that were crafted after the manufactory was re-established. Its asymmetric dial and the outsize date are characteristic features.
Learn more

Around the world with pushbutton ease
The zone correction button at 8 o'clock allows the city ring, the zone time, and its day/night indicator to be advanced collectively.
Learn more

A large display with a compact footprint
The Lange outsize date displays the date about three times larger than watches with comparable dimensions.

A very impressive design, to be sure.