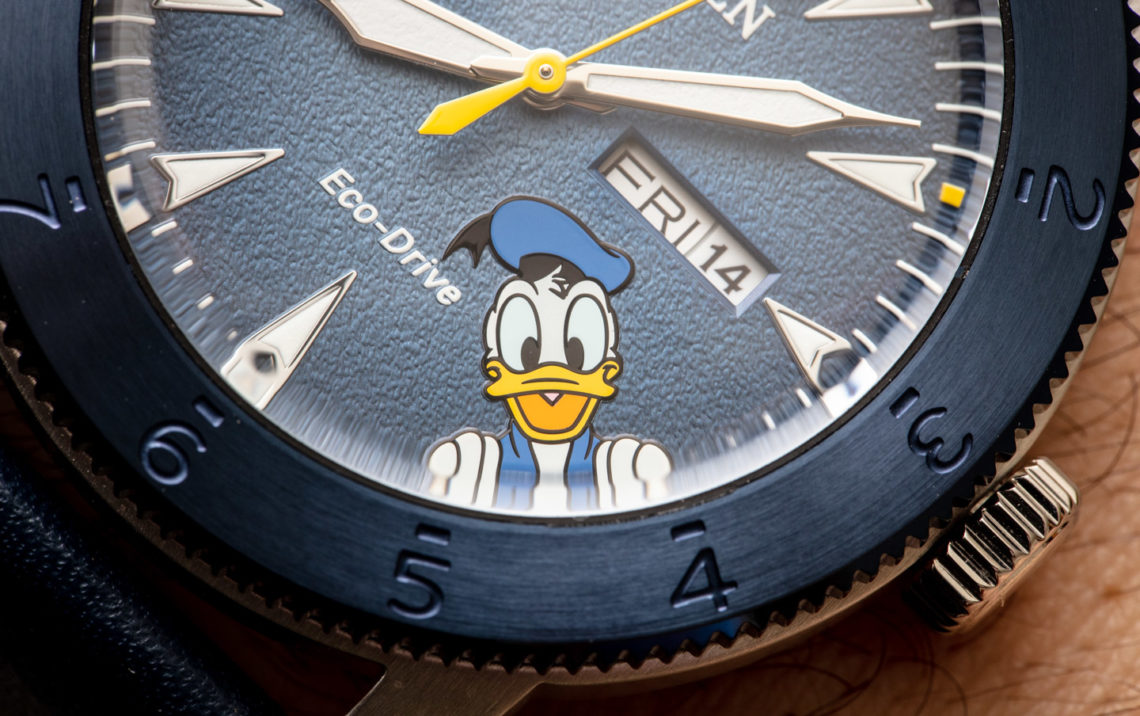 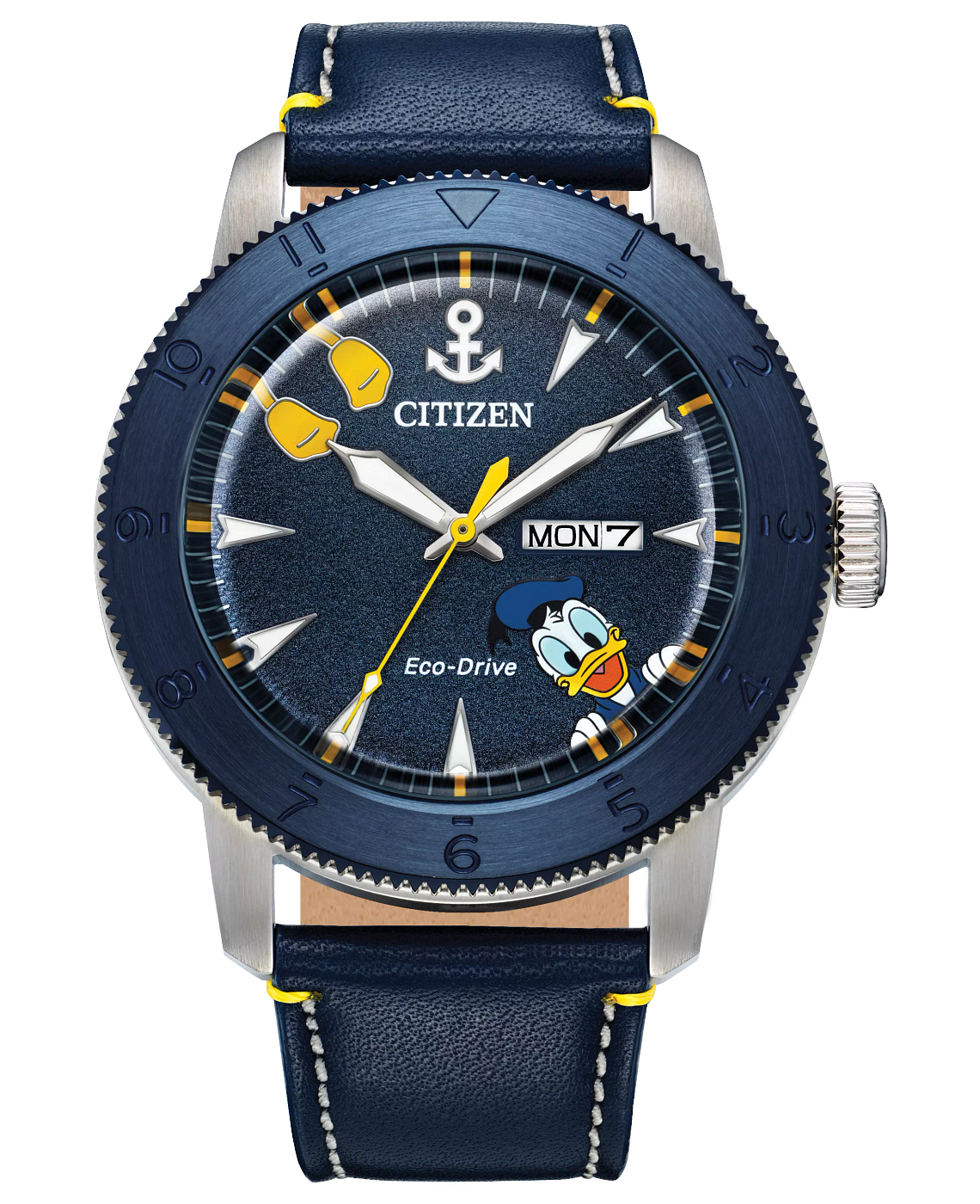 Japan’s Citizen watches is a fortunate group because it has one of the most valuable licensing agreements around — with Disney and all of its brands. This allows Citizen to produce Disney, Pixar, Marvel, Star Wars, and more styles of watches. The design universe available to them is enormous. Many of these watches are for more mainstream appeal, and thus not, per see, “enthusiast-grade.” That said, all Citizen watches are a great value for the money, and it is certainly true that an awful lot of watch lovers also have an affinity for many of the Disney-owned worlds. 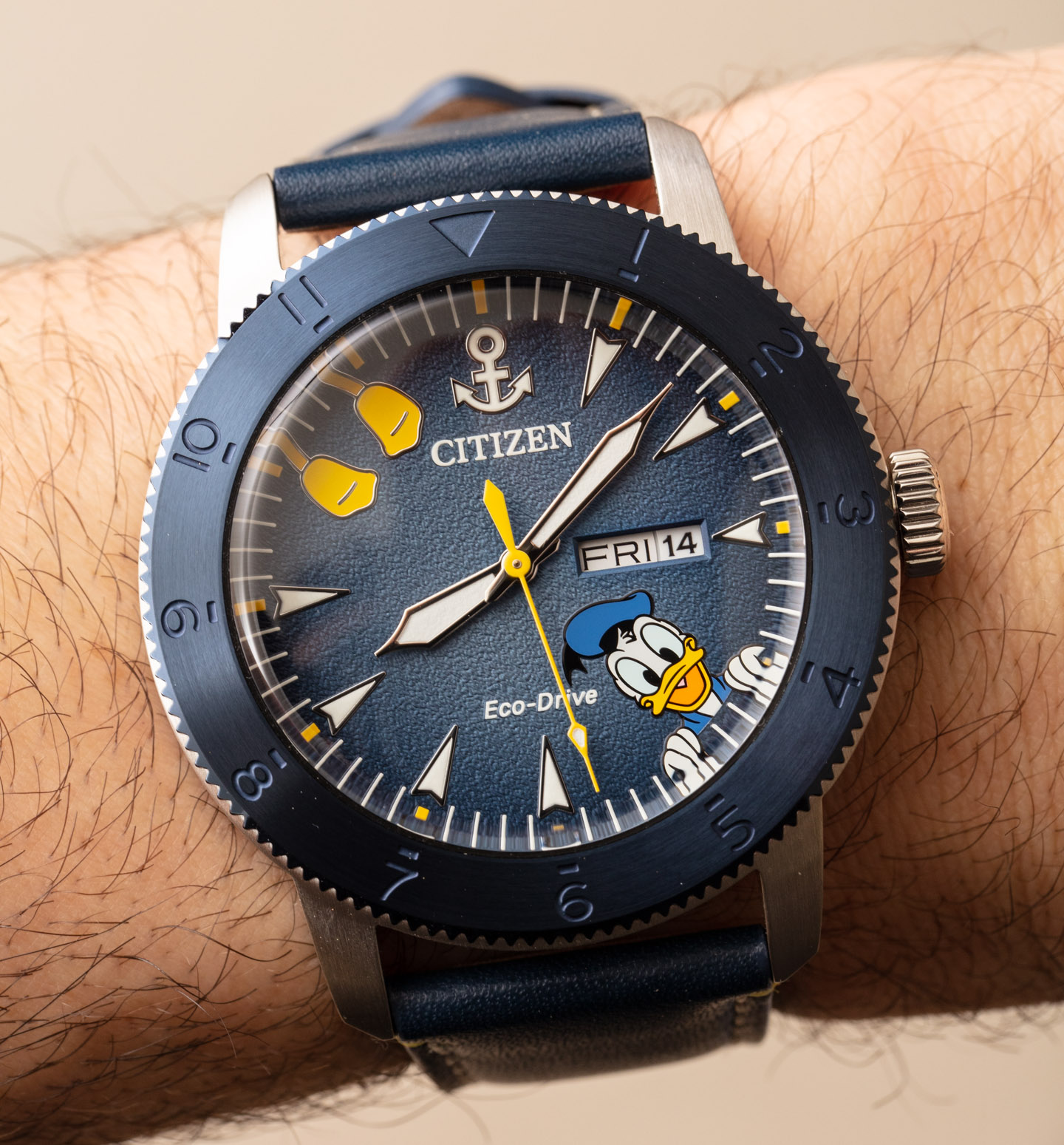 The watch itself is actually the very first Citizen produced that takes into consideration the Pixar world — and, as such, they began with the famed Pixar mascot lamp. The watch itself is pretty simple and among the lower-priced offerings that Citizen currently produces with a retail cost of $250 USD. The watch has a 40mm-wide polished steel case, mineral crystal, Eco-Drive light-powered quartz movement, and an integrated blue leather strap. The watch itself is mostly a celebration of Pixar using a Citizen watch as the frame. I think Citizen will build upon this in the future, but I like having this timepiece, in part because of what Pixar is and that company’s amazing story. 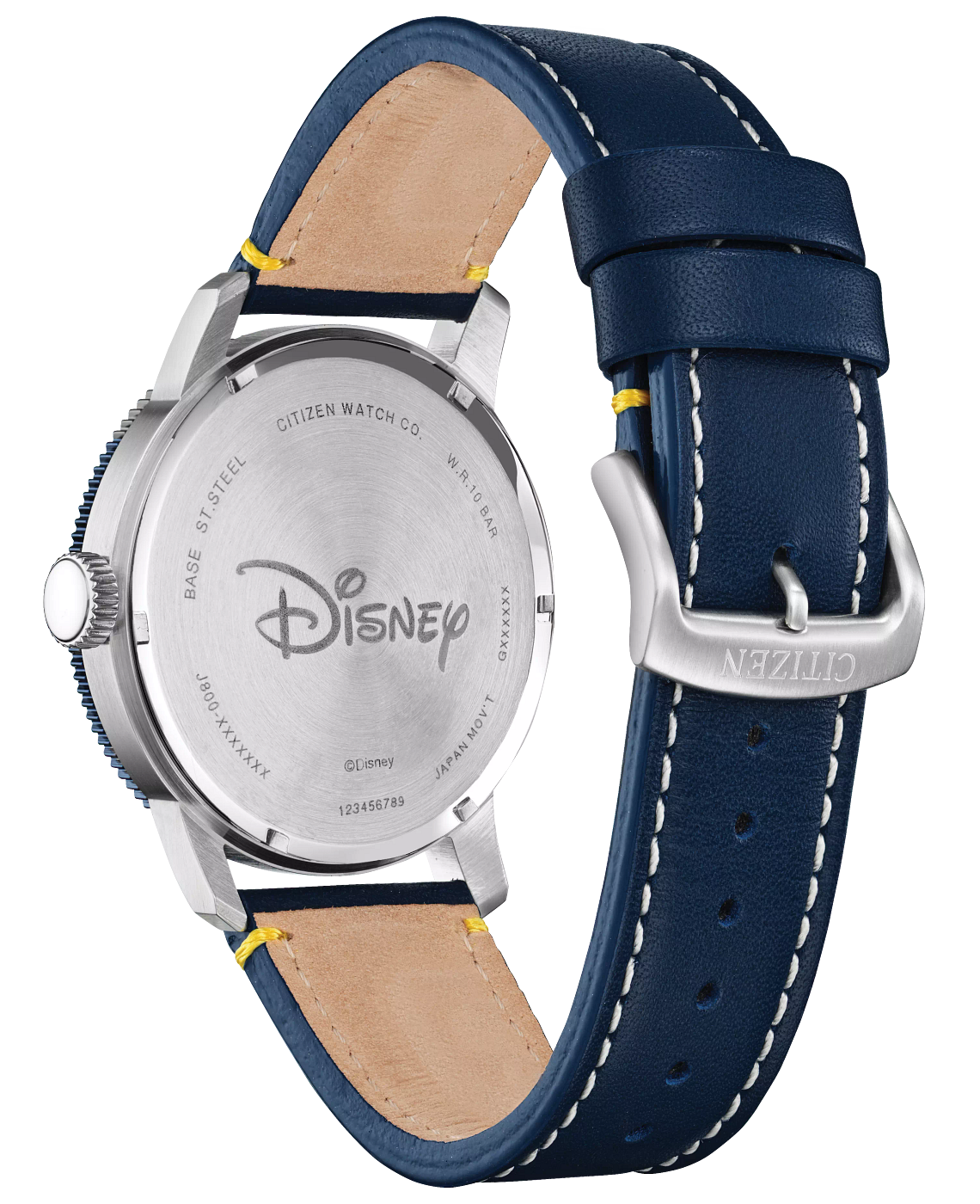 Books have been written about Pixar (and I recommend them), but in short, I want to explain why the Pixar story is so interesting to me. Many people know it as the studio that really introduced computer-animated films to the world, starting with Pixar’s first full-length feature film that was Toy Story in 1995. Pixar actually began nearly 20 years earlier as part of the production companies that were related to George Lucas’ LucasFilms and LucasArts. Pixar’s development and growth (along with ultimate sale to Disney) would not have been possible without Steve Jobs. Many people don’t realize that Steve Jobs was as important to Pixar (or that he was even associated with the company) as he was to Apple. Jobs was a partial owner of Pixar since the mid-1980s and, through his particular brand of leadership and market understanding, engaged in a nuanced acquisition dance with Disney that lasted for years. 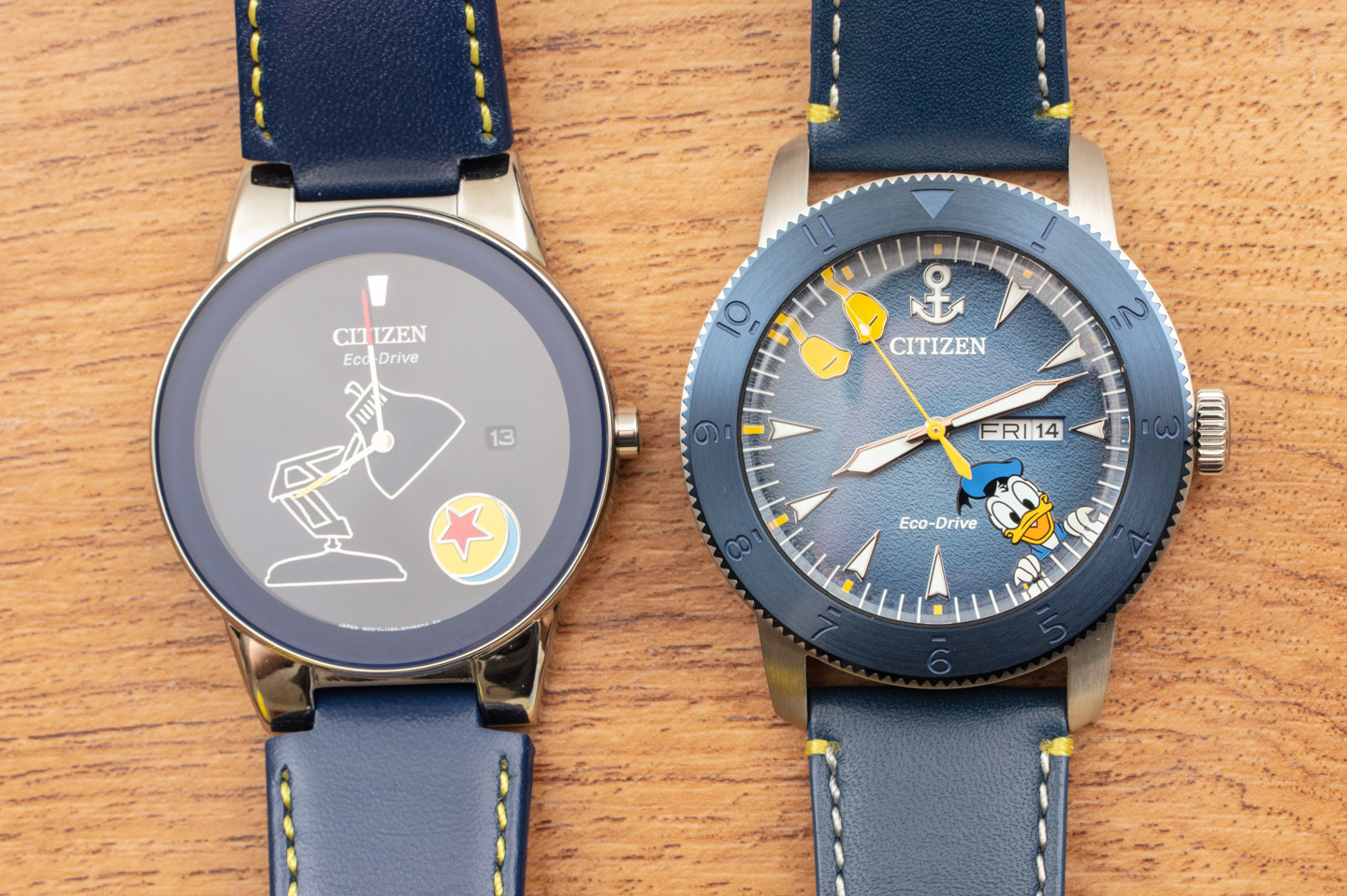 One of the things Jobs and Pixar did that no other company (to my knowledge) was able to do was get purchased by Disney but also retain a lot of independent control and creative freedom. Pixar always saw Disney as an ideal distributor but lamented the fact that creative companies often get stymied under large corporate ownership. Pixar was able to accomplish the nearly impossible task of being purchased by Disney while maintaining, in great part, its ability to engage in unrestricted creative and management choices. Pixar offers great lessons and hope to many creative people out there who simultaneously dream about hitting it big, while also not succumbing to the quality destruction that often comes as a result. There is so much that Citizen can potentially do with the Pixar franchise — I think if they put their mind to it, they can appeal to the community of animation and creation professionals who in many ways idolize the incredible company. 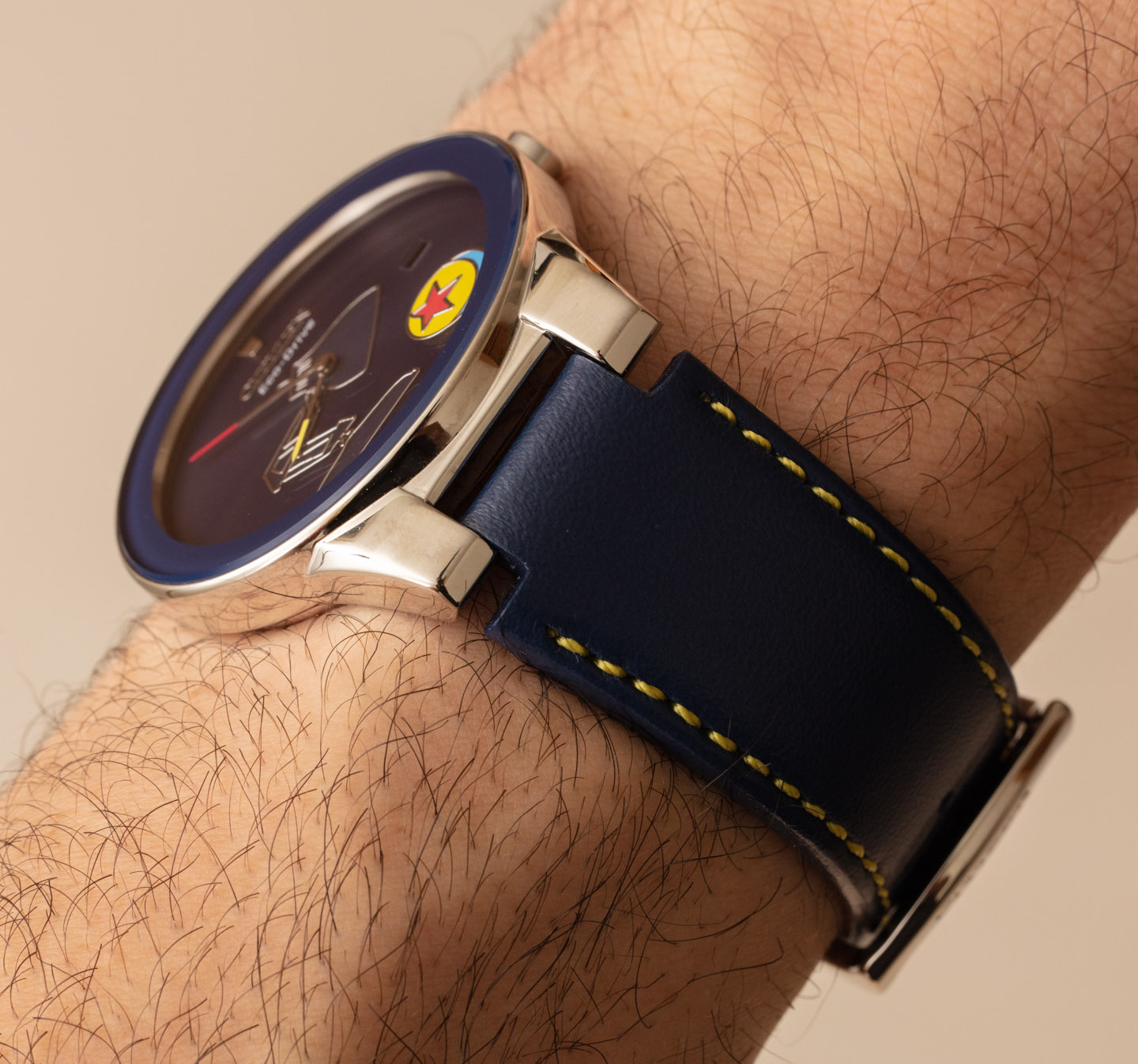 Donald Duck is a character native to the world of Walt Disney that many people grew up with. I certainly have a number of memories as a child of watching Donald Duck cartoons that seemed entirely relevant and entertaining despite being produced one or two generations earlier. Donald Duck was always the realist among the original Disney character roster. He represented the everyman complete with anxieties, frustrations, excitement, and hopes. Donald Duck is as much the street brawler as he is the hopeless romantic. The original Donald Duck might represent a slightly exaggerated sense of the human condition, but for me, he is the most human cartoon character I can think of. So with that in mind, I smile when wearing the silly but also competent Citizen Donald Duck reference AW0075-06W.

In form, the 44mm-wide timepiece is diver’s watch in style. The steel case has a blue-colored steel bezel (that unfortunately does not rotate). The case is water-resistant to 100 meters, and over the dial is a mineral crystal. The dial is a nice combination of marine theme and Donald Duck. Citizen was careful to integrate the Disney theme while also making sure the watch is legible and still appears to be a timepiece instrument. As such, Donald takes up the 4 o’clock and 11 o’clock hour markers, while a thematic anchor is the 12 o’clock hour indicator. 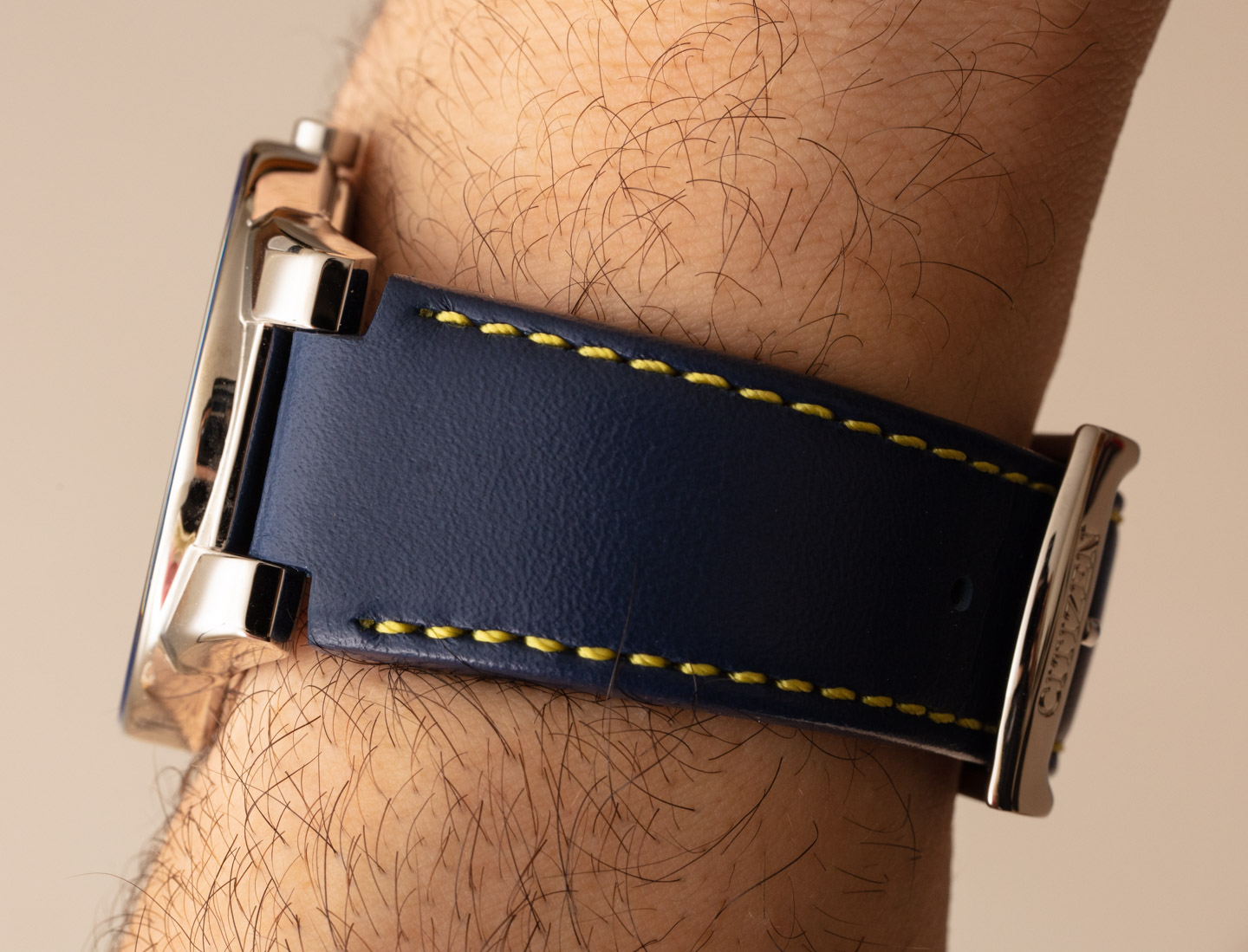 The watch has an Eco-Drive quartz movement that offers the time along with a day/date indicator. It is a perfect watch to wear while on vacation at a Disney theme park, assuming humans are ever allowed to congregate in that manner again. Price for the Citizen Eco-Drive Donald Duck watch in this form is $295 USD.

It is no small challenge for a company to design a good Disney (or any) themed watch. Most consumers can’t imagine the number of approvals and variables that enter into the design process. Citizen is just a few years into its current relationship with Disney, and already the results are pretty good. I think the style, nostalgic appeal, and quality value here is high, especially given the fact that people today mainly wear wristwatches for their emotional appeal. Not everyone can be an horological aficionado, but they can appreciate a decent wristwatch that also offers them fond memories when they happen to glance at the dial. 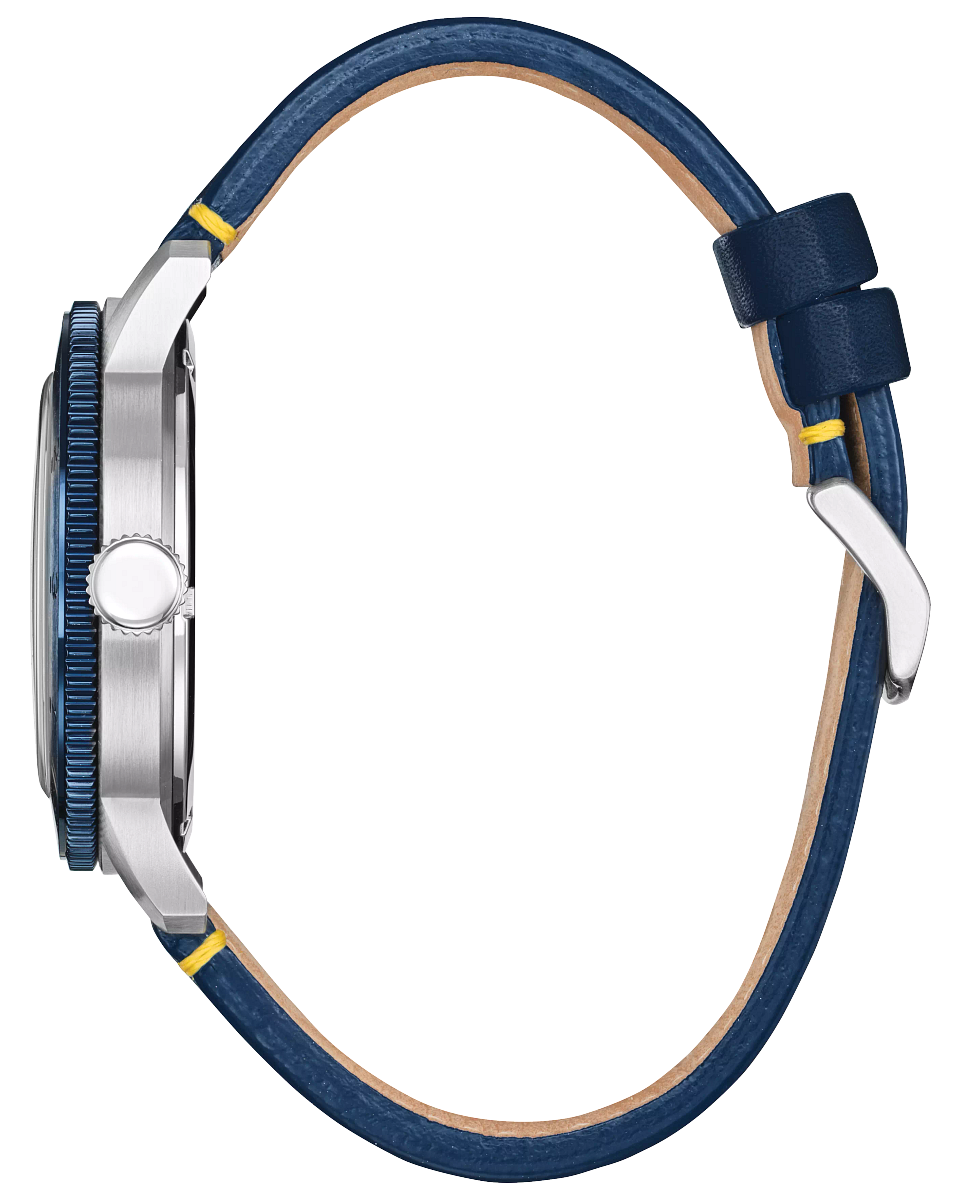 Don a Disney Donald Duck timepiece from CITIZEN, inspired by the original best friend. Feisty and flustered at times, Donald Duck peeks through the 4 and 5 o’clock markers against a blue gradient dial with yellow accents. Inspired by his sailor attire, a nautical theme prevails in navy blue with an anchor on the dial at 12 o'clock. A stainless steel case with a blue ion-plated bezel, navy blue leather strap and yellow topstitch, fits true to this duck's form with an additional day and date display. Citizen watches are powered by any light with Eco-Drive technology and never need a battery. ©Disney

Something from Citizen for the collectors!