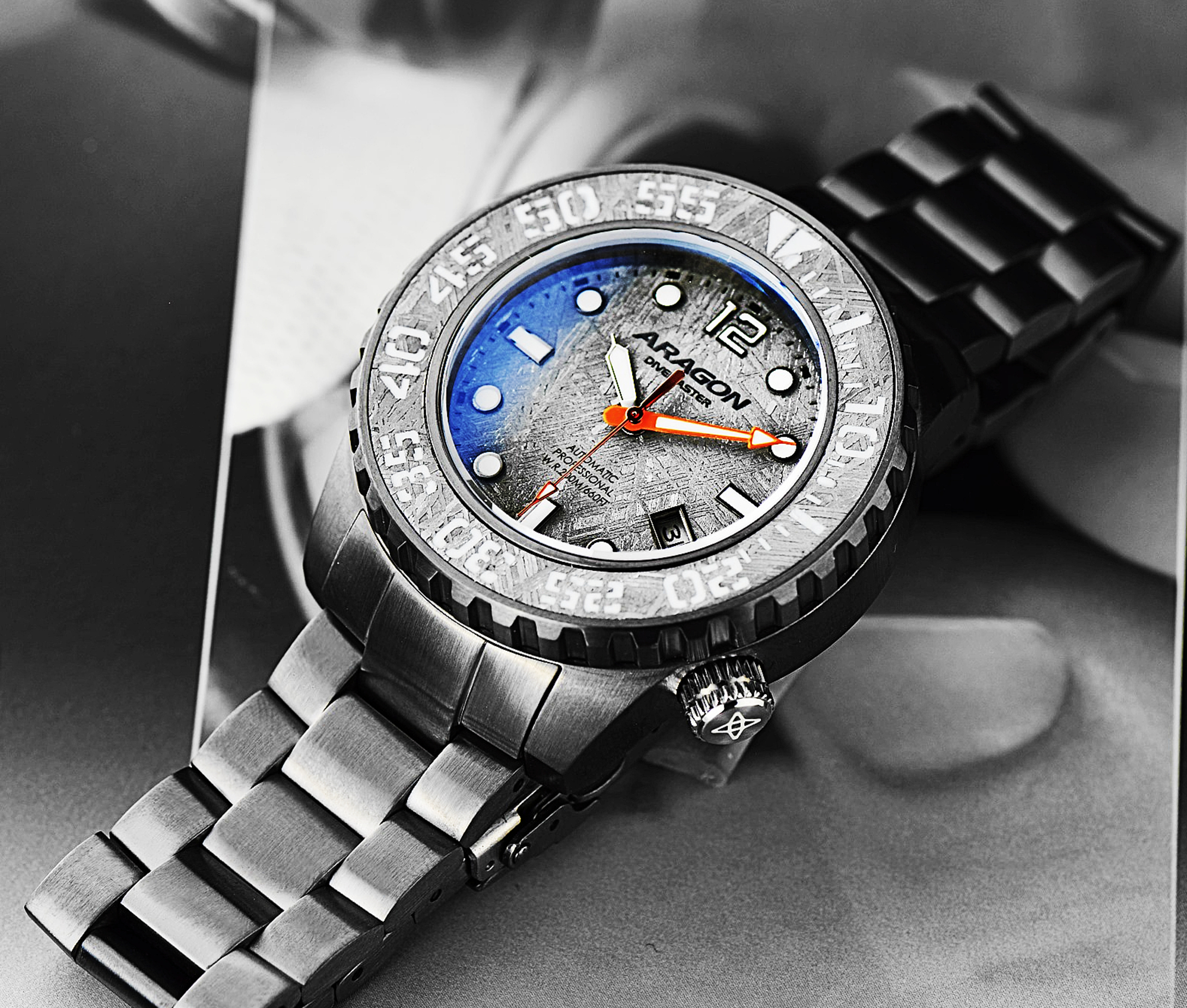 Very meteoritey, and since iron rusts, what's their plan to prevent a rusty bezel?

Artie Lange said:
Very meteoritey, and since iron rusts, what's their plan to prevent a rusty bezel?
Click to expand...

Good question/topic.
I own a couple. only dial though. The best way would keep them stored in dry places. A bezel is always in the elements though. A bezel would show rust well before a dial would. That would suck!

I assume they will treat the bezel the same way they treat the dial with some anti rusting coating.
A

Introducing the first ever Meteorite bezel insert in a timepiece, an all new development for the Hammerhead 2. The intricate Widmanstätten patterns from the Muonionalusta Meteorite were introduced in the dials of the original Hammerhead, and we wanted to further highlight these with a matching Meteorite bezel insert. This insert has been treated to prevent any rust that such meteorites are prone to. 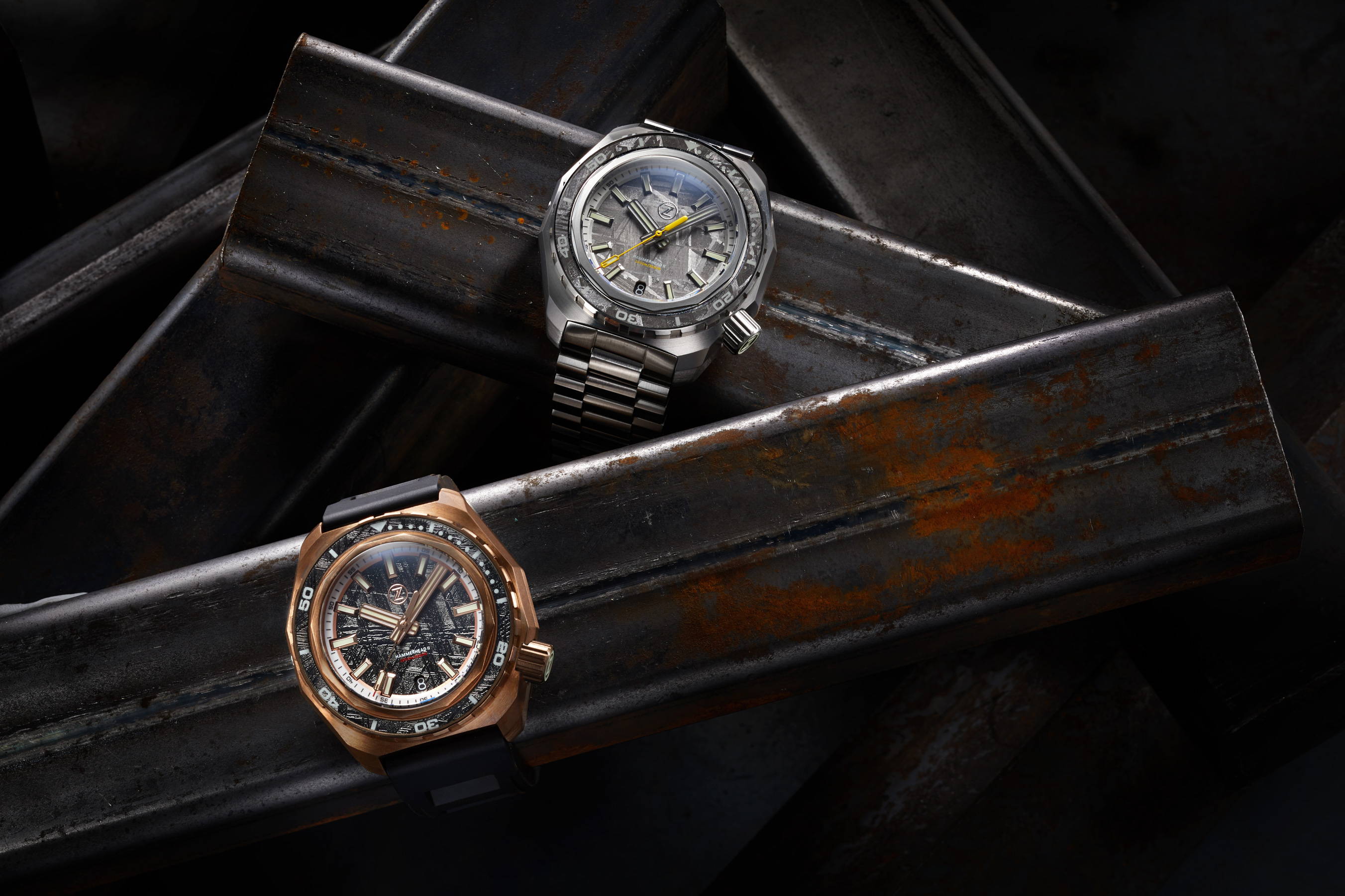 Each and every piece of Meteorite used for the bezel and dial has a unique pattern, cut from a material that landed on the Earth over a million years ago. 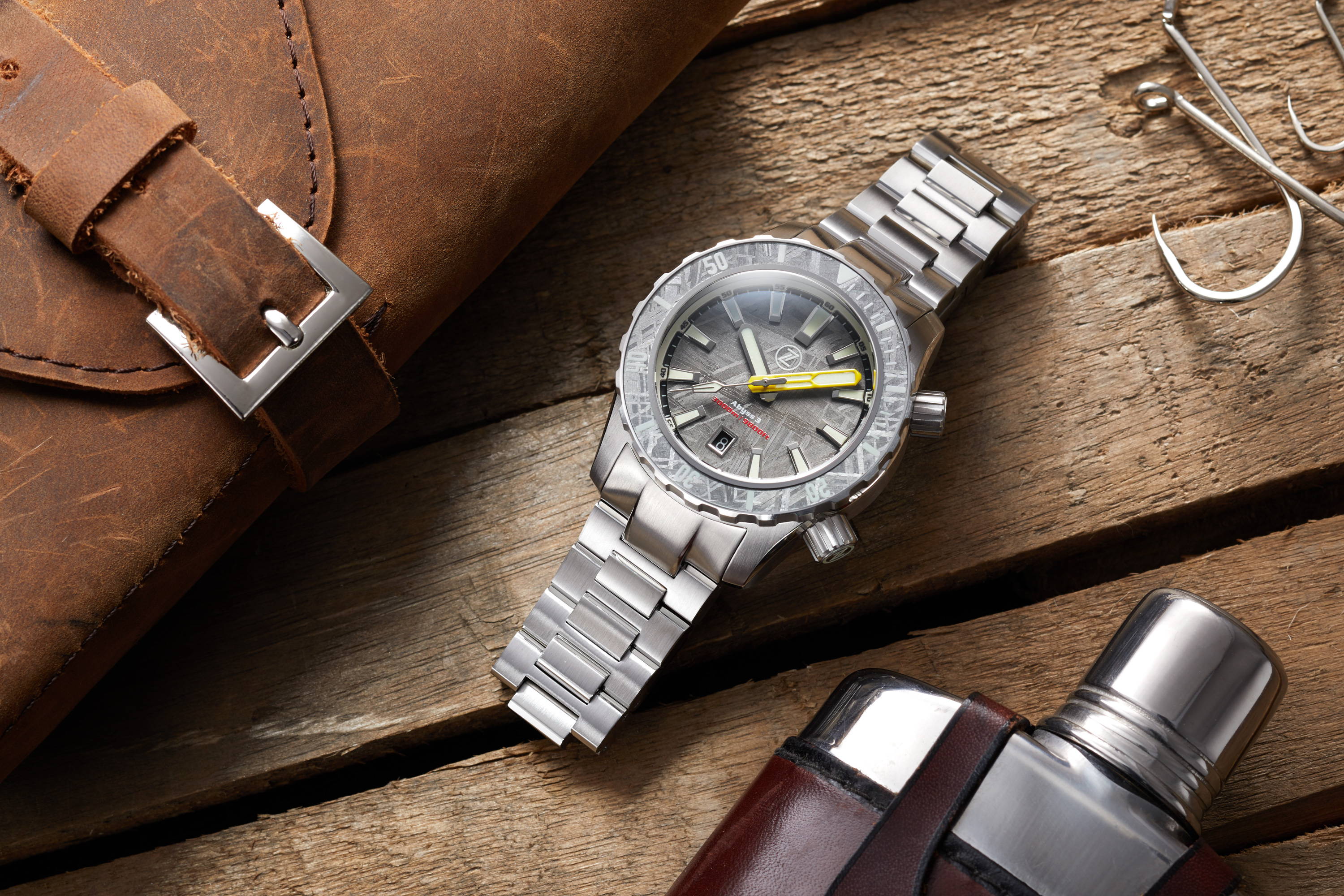 Good questions. It's great to see we have some new members of the WIT nation. Welcome!!!!

I am going to have a gunmetal version put on hold. That is a beautiful contrast of colors.
The meteorite dial. If the bezel wuz to maybe pick up some patina that would look so cool to me.
No red boxed date was the no brainer

I just can't bring myself to take a chance of future fog issues with this brand. They have never addressed it one way or the other.

scantor said:
I also wonder if the Gunmetal versions will be an upcharge.
Click to expand...

We will find out. I got one on hold.

ACE said:
We will find out. I got one on hold.
Click to expand...

The prices are not set yet but the 9015 will be under $450 and the NH35 will be under $300.00, yes, the gunmetal will be more expensive than the stainless steel – please let me know if you would like me to reserve one for you. Thanks!

Please don’t hesitate to contact me with any further questions.

Uh huh. Another fan of Christina. 50mm SS 9015. Been on hold for a week now. Will go nicely with my Meteorite/PVD DM2.

She's always been perfect every time I've dealt with her. Congrats to all on their pick ups to be

NT
Looks like Wing’s trying to keep up with Elshan

No disrespect to Aragon, but Zelos did it much better. This looks muddled and hard to read. But the Zelos influence is strong apparently

· Reply
PS
Its good that Aragon smallest version is 45mm,so not compete with Zelos

· Reply
Elshan Tang
I Must be doing something right then

· Reply
NT
Absolutely! Imitation is the sincerest form of flattery they say. Though I have to say, you did it first and better 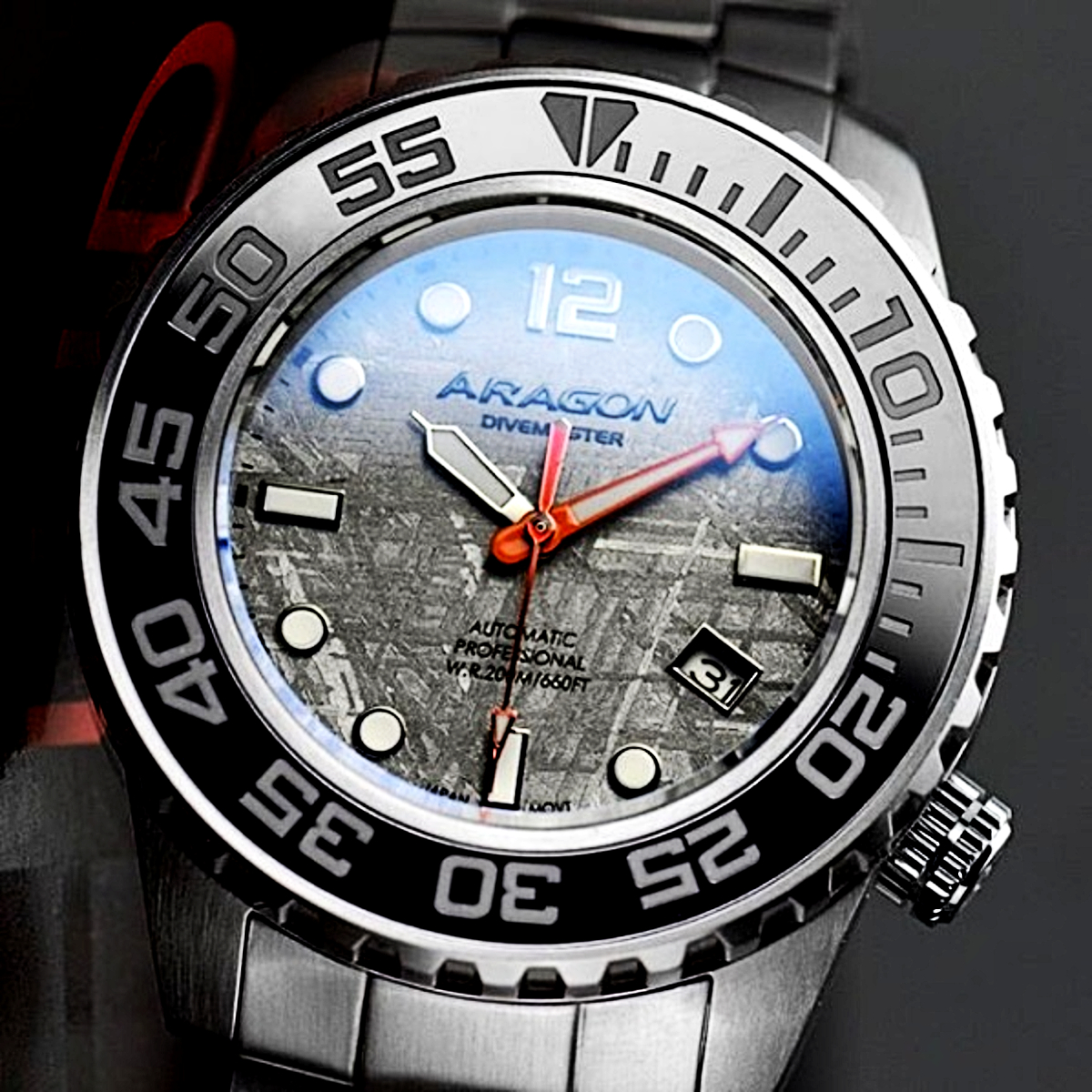 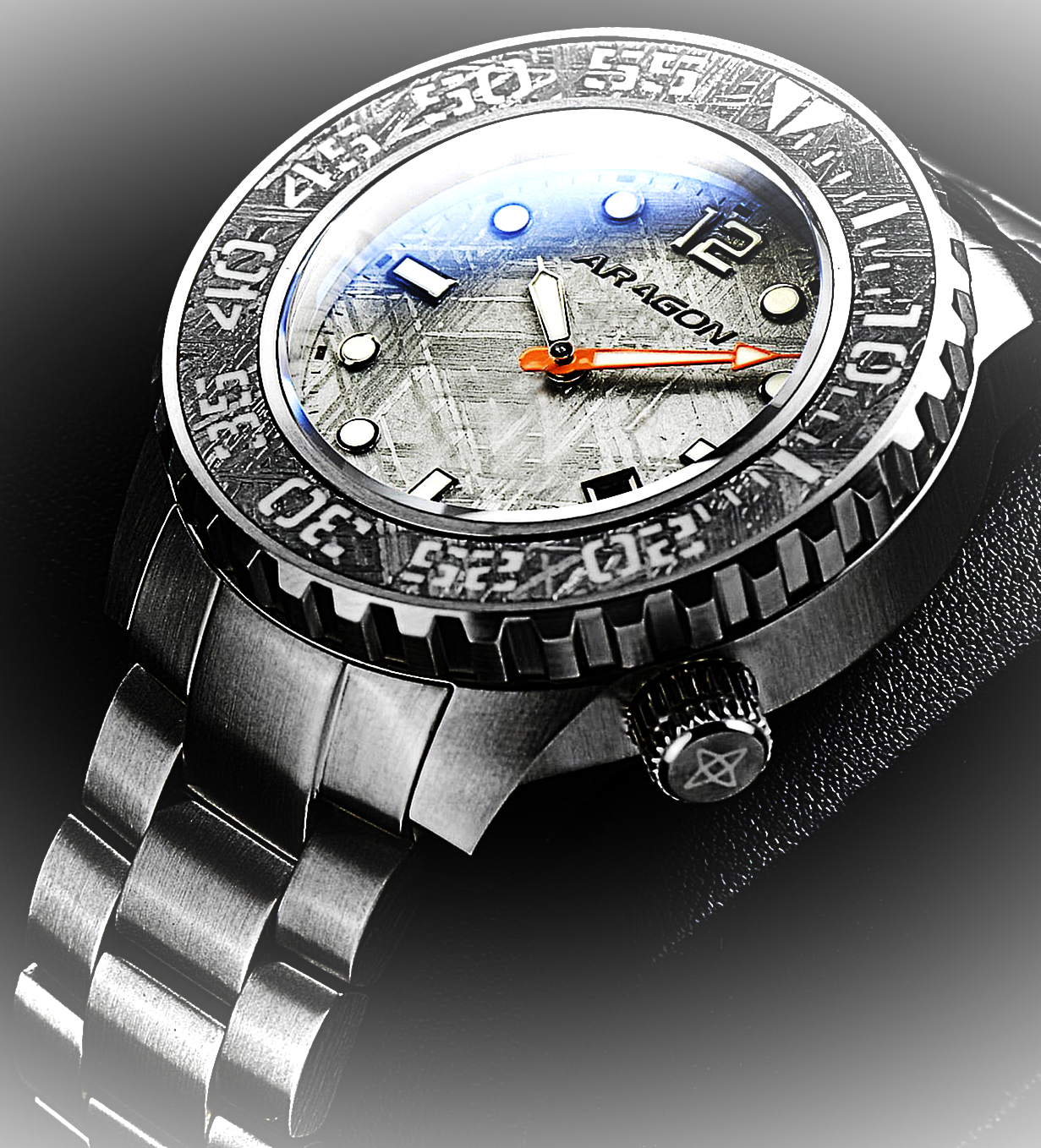 Really like this one... would LOVE this without the orange. Just wish he'd stick with neutral hands on a neutral dial.
Or at least something softer like blue.

bigbasshunter said:
Just paid for mine. Miyota 9015, $400 plus $12 shipping. I know others have to pay tax, but here in Kentucky I haven't payed tax on a single watch yet.
Click to expand...